Jaques of London grew their direct sales from 5% to 50% of turnover in 5 years.

Jaques are the oldest toy company in the world have been established since 1795.

The direct mail planning starts with us seated around a table and undertaking detailed analysis of the previous campaign. Response rates and average order values are compared against source, frequency of purchase and age of data. Sales per page and per product are also analysed to identify winners and losers versus their page position.

Opportunities to grow using 3rd party lists, targeted messaging using historical sales data, and product refinement and the use of cross media marketing are discussed and targets and tests set for the next projects.

The use of testing and analysis of results are fundamental within the growth of the direct marketing undertaken by Jaques. We are now embarking on generating more touchpoints for their customers by sending smaller more bespoke pieces at correlated timings throughout the year.

What Joe Jaques said about us

I’m not quite sure how I first met David, I think it was via a Google search for mailing as Jaques quite fancied the idea of trying to grow our retail business.

We naturally started with what we thought was a good start and set about getting it printed and mailed which David did impeccably efficiently despite slight delays my side.

The mailer went out, clearly dropped when promised and sales came in. Everything you would expect.

But David being David saw huge opportunity for improvement. He knew that we had potential as a B2C business.

With David’s friendly, and very tolerant approach we have grown our retail business from 5% of T/O 5 years ago to over 50%. It doesn’t take genius to realise what that has delivered to the bottom line! 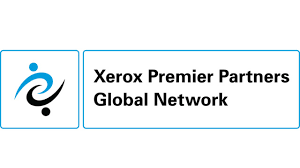